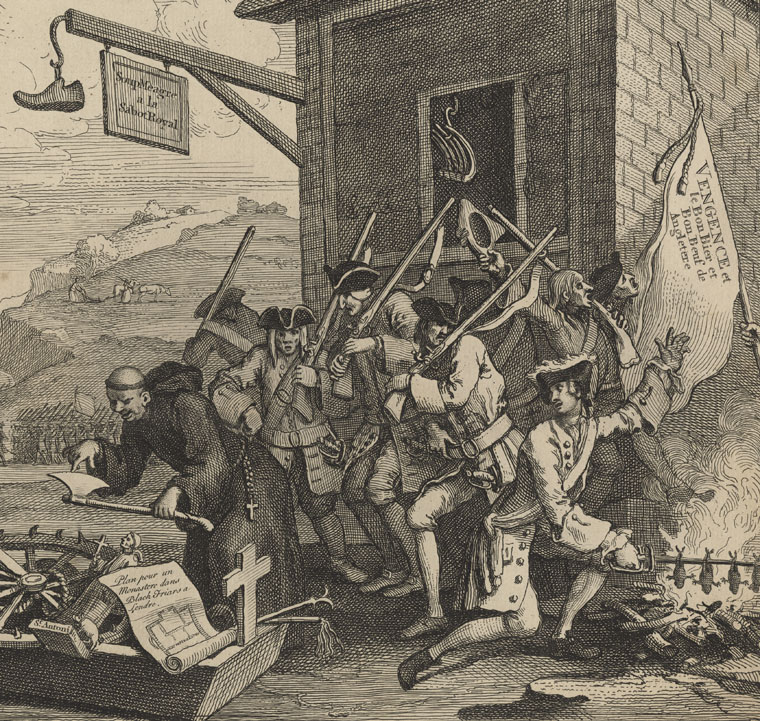 During the 1750s hostilities between England and France mounted, culminating in the Seven Years’ War, which officially began in the year this print was published. This print is informal, and jocular, as is its companion, which shows England’s carefree attitude to the threat of invasion.

Here is Hogarth’s representation of the malnourished French soldier, who frequents inns dedicated to the symbol of French slavery and poverty: the wooden shoe (sabot). Through the window is visible the dry bones of a small joint of beef. A monk and soldiers prepare to invade Britain with torture equipment, whilst cooking up a last meal of frogs. The writing on the flag on the right suggests that the French are eager to enjoy the abundance of food and drink across the Channel.