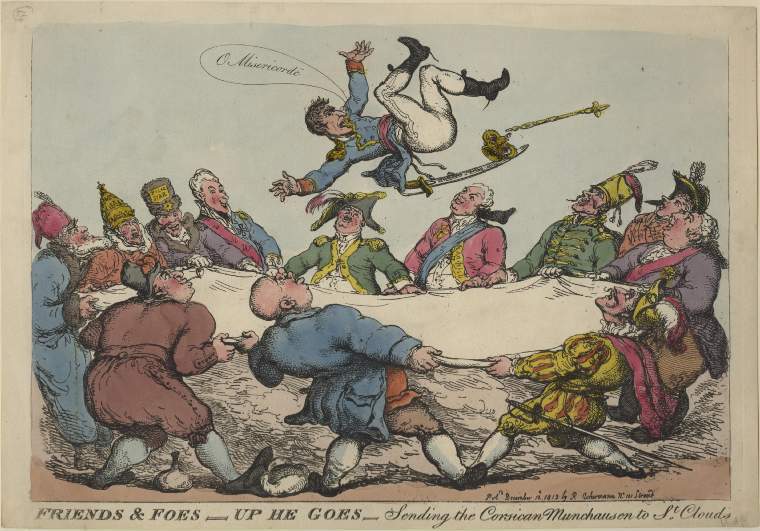 In this etching is an assembled party of representatives of the Powers of Europe. John Bull is front centre surrounded by (clockwise) a Dutchman, a Cossack, the Pope, a representative of Poland, Bernadotte, king of Sweden and Norway, followed by Bavaria, Austria, Prussia, Hanover, and the plump king of Württemberg. They toss Napoleon in a blanket. The title refers to him as the “Corsican Munchhausen” - ironically comparing him with the brave adventurer, Baron Munchausen.

Given by Cambridge in America on behalf of Michael Jaye, in memory of Mrs Angela Crookenden (P.52-2002)