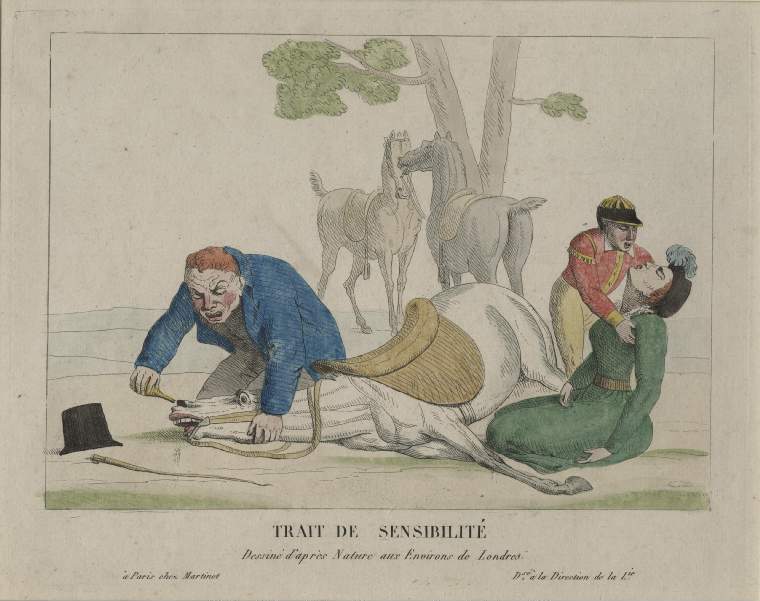 This etching belongs to a series of caricatures that purported to be inspired from sights witnessed by a prisoner of war in London. They attempted to convey aspects of the English character. The subject of this print is rooted in a favourite preconception of the English as devoid of romantic feeling. Here, at the scene of an accident a rotund, red-faced husband has run to the aid of his horse, wilfully disregarding the health of his wife, who languishes in the arms of their ridiculously dressed son.