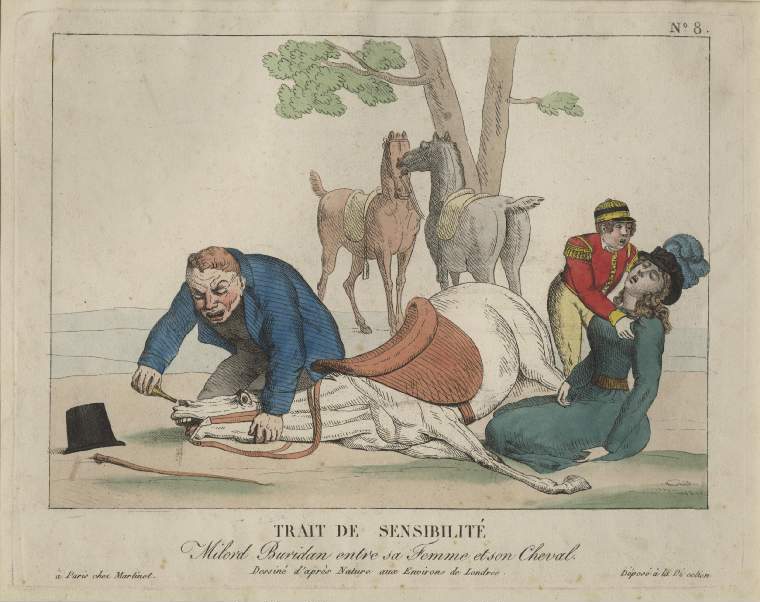 This print is from the same plate as the previous caricature, but a couple of alterations have been made in order to improve the joke. The Englishman’s wife has been transformed into an idealised beauty, and a subtitle has been added. The name given to the husband, ‘Buridan’ refers to the 14th century philosopher, Jean Buridan, who adapted an Aristotelian paradox to tell the tale of a donkey who starved to death because of its inability to choose between two identical piles of hay.